An interview with the ViscoLab PVT+ product development team 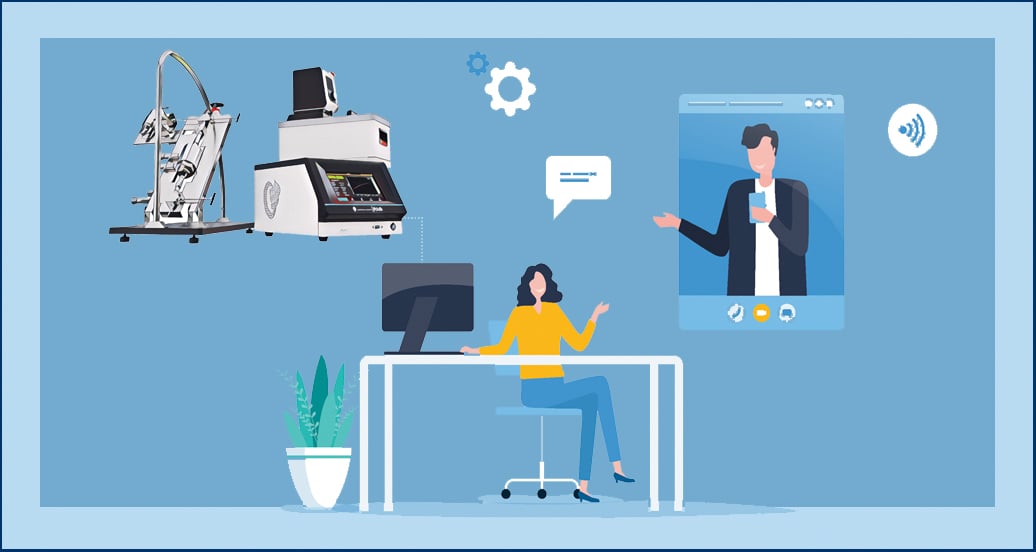 Interviewer (Aka, the marketing team):  Before we get into the new ViscoLab PVT+, tell us a bit about the original PVT system.

Engineers: The original Viscolab PVT system was launched more than 20 years ago. We had the electronics and the sensor to start and it was up to the end-user to integrate these into their lab. The next generation added the pressure gauge, and oven that interfaced with a laptop that acted as the control hub. The oven took up significant bench space, but wasn’t large enough to accommodate other instrumentation. It also took hours to reach thermal equilibrium, which lead to the next iteration of the ViscoLab PVT where we incorporated a re-circulating temperature control bath which dropped the test time from ~3 hours down to under 45 minutes. It was great at the time, and really well received in the market. However, after 15 years, it was an aging product, and it was time to give it an overhaul to meet the needs of today’s industry.

Interviewer: What’s different about the PVT+?

Engineers: Lab space is definitely an issue today, so we put everything in a single box that does all the functions. The system was fully redesigned using the ViscoPro 2100 at the heart of the system. We eliminated the laptop and the pressure display and added a built-in control interface into the electronics. There is now a single hub for communication between the pressure transducer, the viscometer sensor, and the bath.

Interviewer: So it takes up less space in the lab and is more user-friendly with a touchscreen interface, but what other improvements does it include? 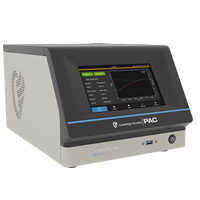 Engineers: We built in a bunch of improvements. For instance, the previous viscosity ranges had a span ratio of 20:1. With the PVT+, they’re 50:1. We’ve also added analog inputs which allows the system to access external device data, such as the pressure reading or a densitometer and access it through the touchscreen.

In the new interface, you can start predefined tests, so you can set up a test where you want it to measure at a certain temperature, pressure or duration, and it has a “Measurement and Report” feature or a report criteria, where it determines whether your measurement is stable before it reports and you get the final result in graphs that can include multiple layered parameters. All the data stored in the instrument is accessible in CSV format, so it can be stored for analysis and record keeping.

In addition to the sophisticated graphing capability, the PVT+ measurement properties can be calibrated right from the touchscreen. You can calibrate and make changes to things like measurement unit graphing parameters and scaling, and range of other parameters. However, there are different levels of authorization that can be set to protect the measurement integrity and offer data protection.

Interviewer: Are there additional measurement capabilities?

Engineer: There are seven measurement parameters. For example, the PVT+ can conduct a shear sweep test. It determines whether the fluid being measured exhibits  non-Newtonian behavior. Is it shear thinning or shear thickening? The PVT+ basically does a sweep of the fluid at different shear rates- and measures the viscosity. The unit then reports the viscosities and the shear rates at which they were collected to determine a shear profile for that fluid.

Interviewer: Do the electronics interface with the Julabo bath as well?

Engineer: You can control the bath directly from the touchscreen. You can turn it off and on, set a wakeup time and there’s a calibrate routine function.

Interviewer: Can the PVT+ accommodate density inputs as well as pressure?

Engineer: Yes, the system can incorporate one analog input, which could be used for density instead of pressure. The PVT+ will also measure density. While it is a patented feature, it’s not going to replace applications that require a true densitometer as the resolution is only around .025 at this time, but because we’re precisely measuring both the up and downtime, we can calculate the density from the difference between those measurements. It’s good for the folks who just want to keep their eye on density, but don’t require a highly precise number.

Interviewer: You mentioned that the PVT+ can measure seven parameters. What are those?

Interviewer: For customers who already have a PVT system, is there an upgrade plan?

Engineer: Yes, if you have a legacy PVT system, the PVT+ is backwards compatible with the hardware. As long as you still have a good measuring cell and pistons, all you would need to do is swap out the electronics. Configuration and calibration of the new electronics with the old sensor/pistons will be required.

If you have questions about the ViscoLab PVT+ or are interested in a quick demo, reach out to our application engineers to schedule time to chat.