A major reason is the fluids are in fact different under different conditions.

Calibration fluids can be used to evaluate process measurements. Specifically, by removing the process instrument from the line and testing it with calibration fluid, it can be compared to the result from a lab instrument using the same fluid. In such a test, both instruments should yield the same result.

Therefore the in-line instrument and the lab obtain different results because the fluid is in fact different.

In order to maintain consistency with historical data, we are sometimes asked if the in-line value could be calibrated to match the lab values adjusting for all of the process and temperature differences. By using the ASTM temperature compensation techniques incorporated in many of our viscometers, the effects of temperature fluctuations and differences can be mitigated.

What is Temperature Compensated Viscosity (TCV)?

Temperature Compensated Viscosity (TCV) is a very accurate estimate of the viscosity of a fluid at a reference temperature that is different from the actual process temperature. The mathematical relationship is based on the ASTM standard D341 and is accurate for liquid hydrocarbons and most other fluids. TCV is used to relate process measurements to laboratory standard values and to mitigate the affects of process temperature fluctuations for tighter viscosity control.

What is the difference between absolute or dynamic viscosity and kinematic viscosity?

Cambridge Viscosity sensors measure absolute viscosity, which is the true measure of viscosity—the resistance of a fluid to flow. The practical unit of absolute viscosity is centipoise (cP), which is identical to the MKS unit mPa s. (The viscosity of water is approximately 1 cP.) Cup type viscometers are commonly used in industry but they respond not only to absolute viscosity but also to the fluid density. The gravitational forces acting on the fluid within the cup will be proportional to the density of the fluid. Thus a fluid with the same absolute viscosity but higher density will drain out faster and therefore appear to have a lower viscosity. Viscometers such as the cup type measure a form of kinematic viscosity, whose practical unit is cSt, but in the case of cups is measured in seconds. Cambridge viscometers are capable of displaying absolute (dynamic) in units of cP or kinematic viscosity in units of cSt, SSU or any type of cup (Ford, Zahn, etc…)

Is it possible to determine gas viscosity?

Gas viscosity can be measured using the capillary method or the transient flow method among others. The CVI method determines the viscosity of gas using the same oscillating piston technology used to measure liquids. The method involves introducing a small sample of gas into the measurement chamber and acclimatizing the sample to the required temperature and pressures for testing. Two electromagnetic coils outside the measurement chamber drive a piston through the gas at a constant force. The travel time of the piston is used to produce a highly accurate measurement of the gas viscosity. It is important to remember that unlike a liquid, gas viscosity increases as temperature increases.

What is the relationship between viscosity and temperature?

The viscosity of most fluids decreases as its temperature increases and vice verse. This occurs because as the liquid is heated, the force of attraction between the molecules, the cohesive forces, is reduced. This principle is very important to understanding differences between laboratory viscosity measurements and process viscosity measurements when they are performed at different temperature. A lubricants viscosity-temperature relationship is characterized by it’s VI (Viscosity Index).

VI stands for Viscosity Index which is basically a measure of how much lubricating oil viscosity changes with temperature. The viscosity of lubricating oil with a high VI number will be less affected by changes in temperature while the viscosity of lube oil with a low VI number will be greatly affected by changes in temperature. The Viscosity Index (VI) is calculated by measuring the viscosity of the oil at two different temperatures (40°C and 100°C). Many labs utilize CVI’s VISCOlab 3000 with its integrated temperature controller for this calculation, but many refineries will use two VISCOpro 2000 systems installed in the production line with a heat exchanger in between the instruments to calculate the VI in real time.

How is the viscosity of oil determined?

Oil viscosity can be determined by various methods. The most widely accepted practice is to follow an ASTM method such as D445 or D7483 which are based on capillary and oscillating piston viscometers respectively. The capillary viscometer measures the time for a fluid to flow between two points in a glass capillary that has been placed in a temperature controlled bath. The oscillating piston method, sometimes referred to as Electromagnetic Viscometer or EMV viscometer, uses a sensor comprised of a measurement chamber and magnetically influenced piston. Measurements are taken whereby a sample is first introduced into the thermally controlled measurement chamber where the piston resides. Electronics drive the piston into oscillatory motion within the measurement chamber with a controlled magnetic field. A shear stress is imposed on the liquid (or gas) due to the piston travel and the viscosity is determined by measuring the travel time of the piston. The construction parameters for the annular spacing between the piston and measurement chamber, the strength of the electromagnetic field, and the travel distance of the piston are used to calculate the viscosity according to Newton’s Law of Viscosity. The viscosity of oil varies depending on the quality, the level of refining, and additives. Engine oil viscosity alone can have a viscosity of 15cSt to 600cSt depending on the grade and the temperature, while diesel viscosity can vary between 500cSt and less than 1cSt based on temperature alone. Highly refined products such as Acetone (0.316cP @25°C) or Kerosene (1.64cP @25°C) generally have much lower viscosities. It is best to obtain a VI chart from your supplier or perform a web search for a specific oil product to obtain more precise information. You can reach a CVI engineer for technical advice on laboratory and process viscosity measuring methods by clicking on the contact us tab in the toolbar and submitting an inquiry.

Talk to an Applications Specialist Today 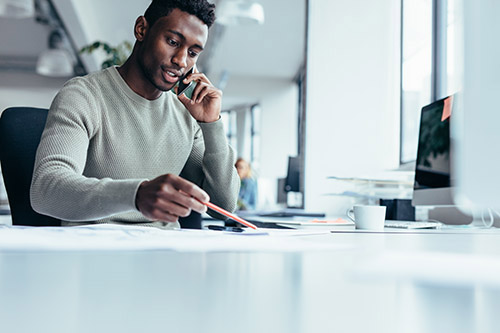